Trails of the Unexpected - October 2016

Leominster Museum was one of six small museums from across England which were selected to join Creative Museums, an eighteen-month programme of experimentation from 2015 to 2017..  The programme, which was funded by Arts Council England from its Museum Resilience Fund and run by Battersea Arts Centre in partnership with independent consultant Gaby Porter, used a process called Scratch to build lively programmes and venues that enriched the experience for visitors, directly and creatively involved their audiences, and tackled challenges.

Seventeen volunteers from Leominster Museum joined Sarah Golding, Miriam Sherwood & Joanne Irvine from the Creative Museums Project at Grange Court on Saturday the 2nd of April  2016 for an organisational development workshop.  We had great fun with the team building exercises, but also spent some serious time thinking about why we volunteer at the Museum, and what we believe the priorities should be for its future development. We agreed to meet again in a month's time to discuss future plans & invite a larger number of potential partners. Thank you to everyone who came. It was a great afternoon! 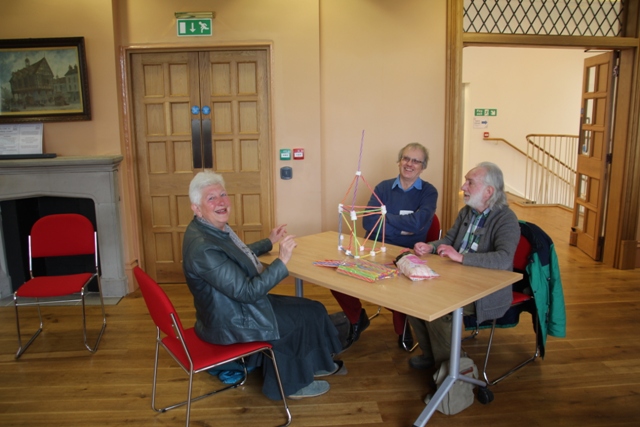 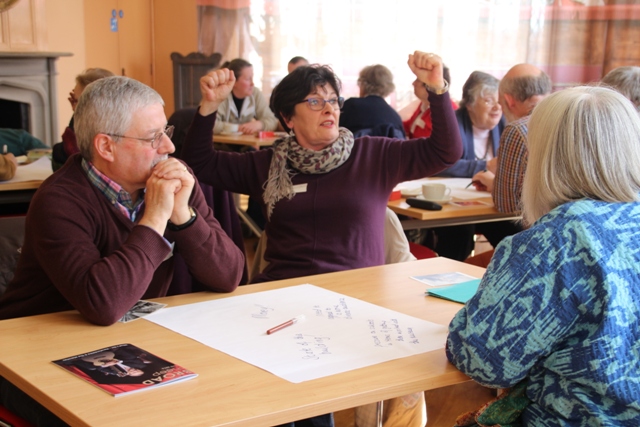 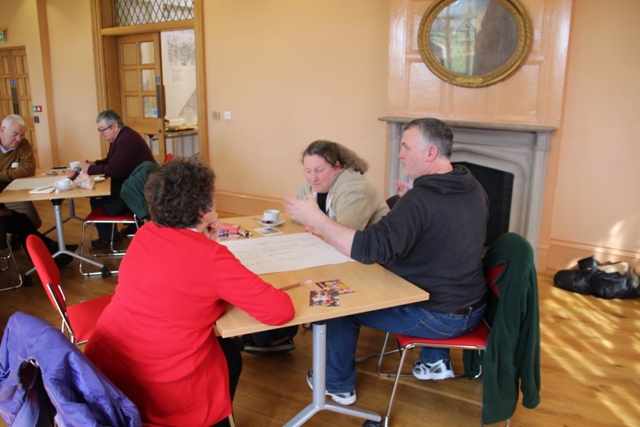 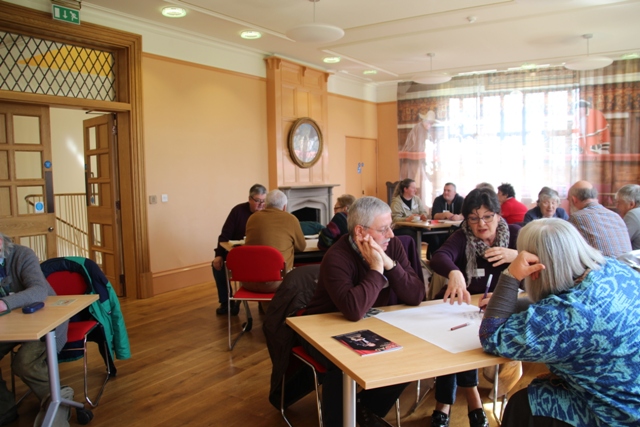 A second meeting was held at the end of April 2016, which was attended by Sophie Drury Bradey, the producer who has been allocated to us, as well as representatives of community groups from around the town. A third planning meeting took place at the beginning of June.

Each of the museums participating in the project submitted a proposal explaining how they feel that Creative Museums could help them achieve their goals. Ours said that we wanted to use the project to do three main things.

The day dawned grey and wet, but the sun quickly emerged from behind the clouds, and shone all day until 5pm. It made a brilliant backdrop to ‘Trails of the Unexpected’ – the event organised by Leominster Museum.  During the day, 89 adults and children took a guided walk in small groups around the centre of the town, visiting the Grange, the Community Centre and the Forbury.  Each group started their tour at the Museum; quite a lot of our visitors really believed that we had forgotten they were coming, which was all part of the dramatic deception of the story!

As they walked, they learnt about the lives of two families – the Pewtresses and the Hodges – who lived in Leominster during the period of the First World War.  They also discovered, during their imaginative journey of discovery, why a 100 year old Chelsea bun is one of the Museum’s most precious and well known exhibits.  The walks were energetically guided by two actors, Tom Bowtell and Kerry Frater, both playing the part of Kerry Hughes the new Museum volunteer. 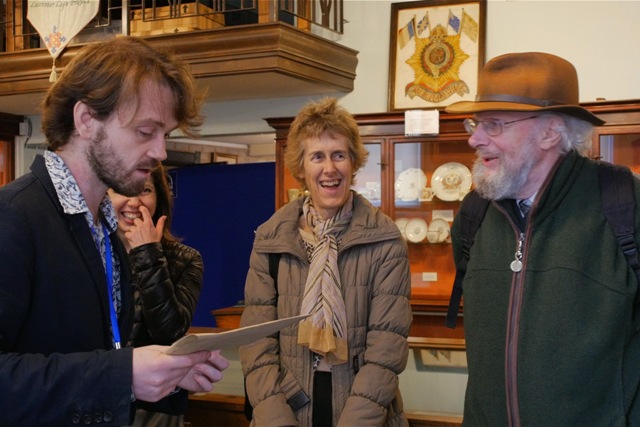 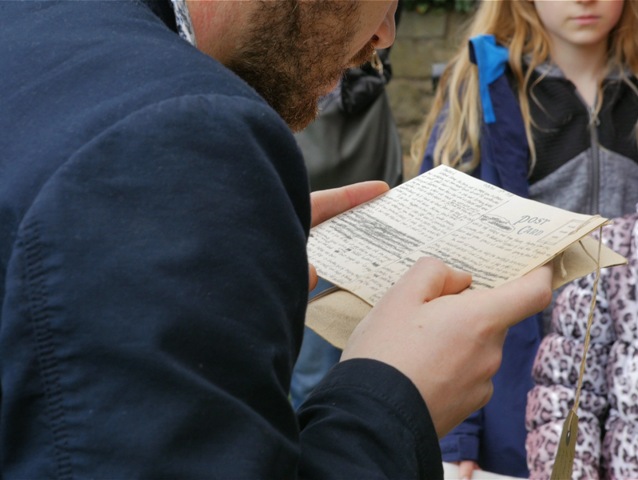 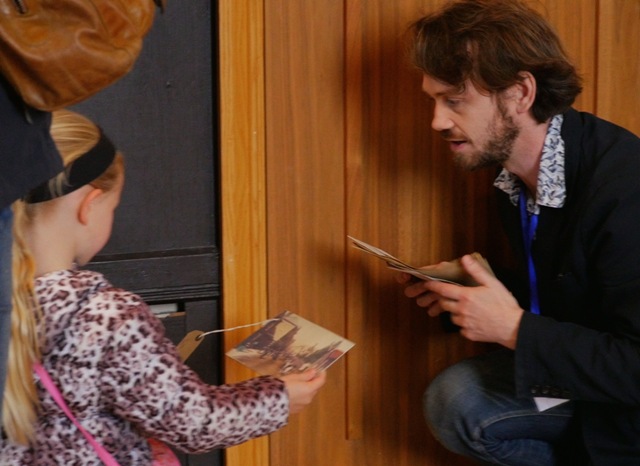 Reading  Clues on the Trail

As well as Tom, Kerry and the faithful Museum volunteers, the other stars of the day were Karl & Cathy Griffiths with their group of Leominster Town Cadets, and the storytelling group from ECHO. Their help was invaluable – the day wouldn’t have been half as successful without them! 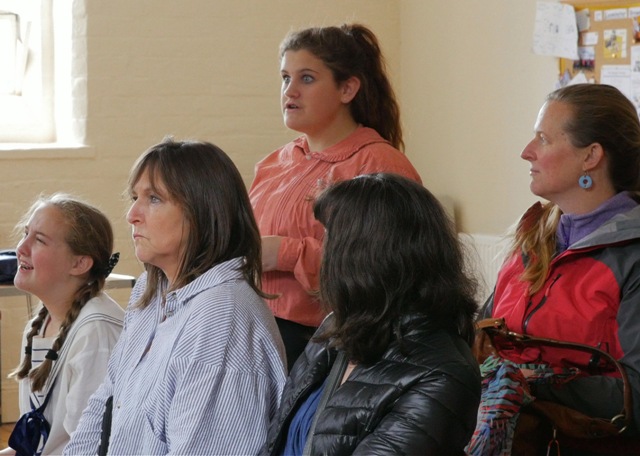 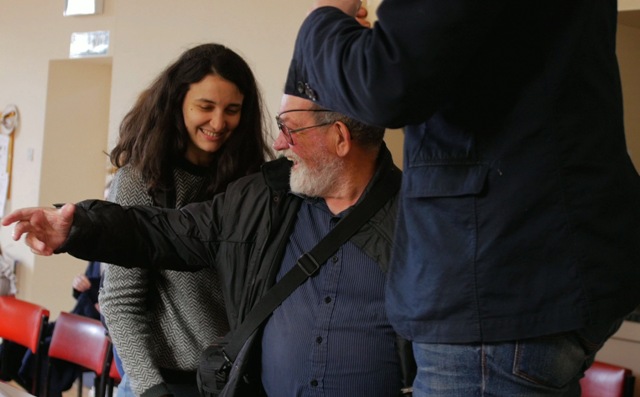 Cadets & visitors in the Edwardian classroom 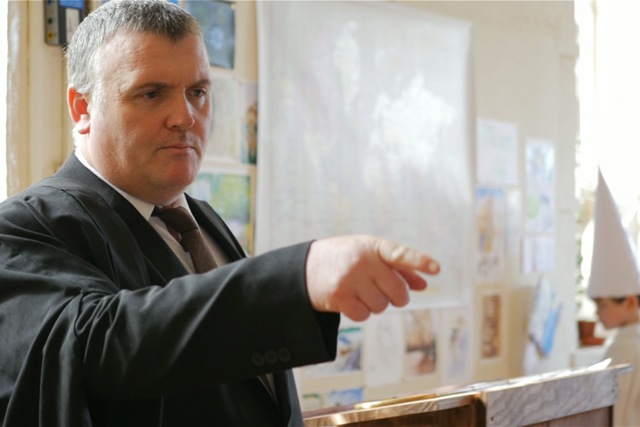 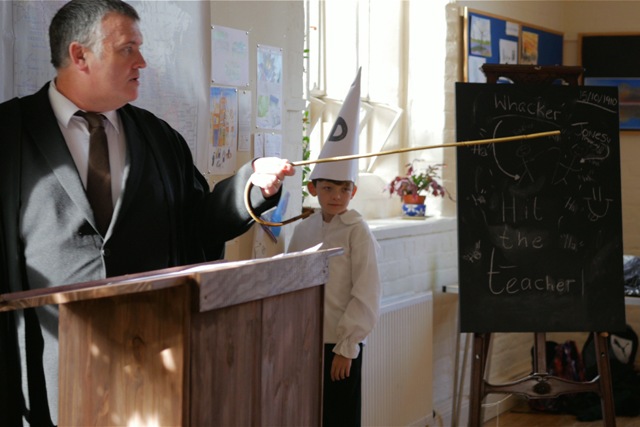 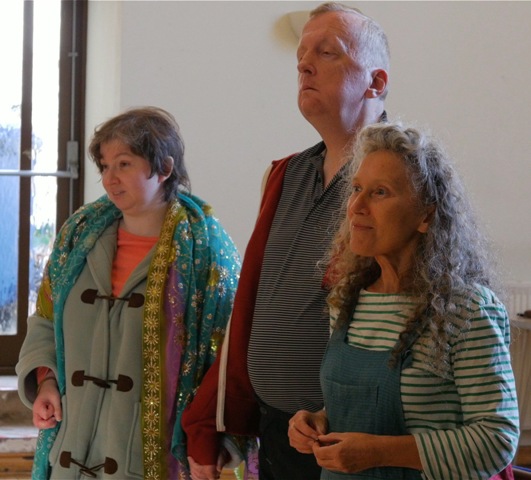 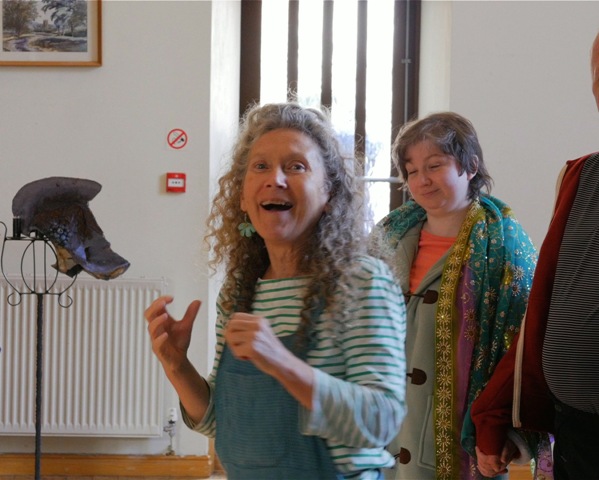 ECHO actors at the Forbury 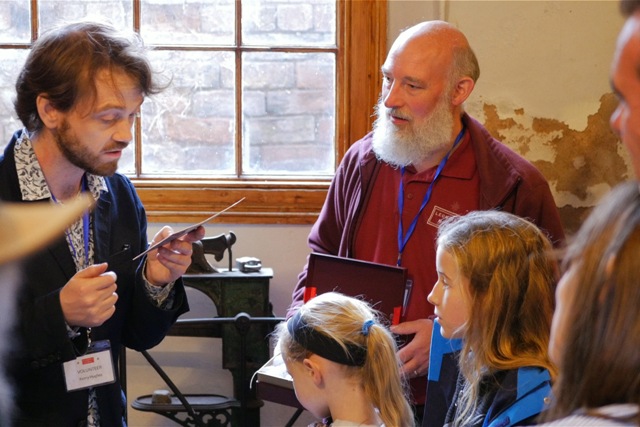 The Trail ends when the bun's hiding place is revealed.... 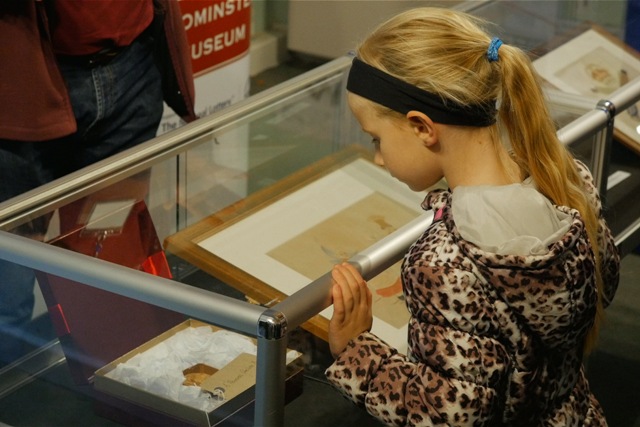 .....and it is laid in the place of honour it deserves

After each group had completed the trail, they were invited to free tea, coffee & day old (!) Chelsea buns at Grange Court.  We asked them to give us their opinions, not only about the event, but also what they thought of the Museum and the town itself. 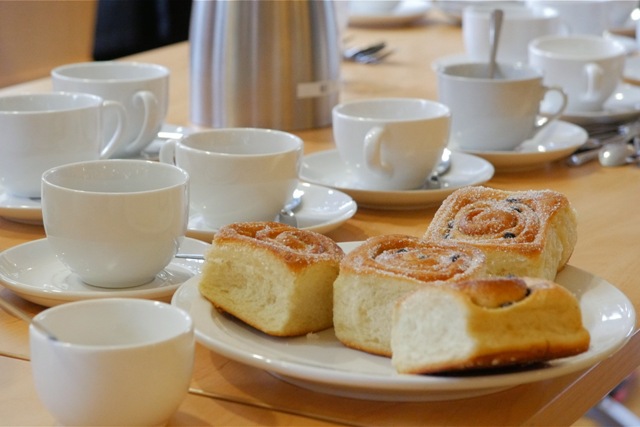 Thank you to everyone for being so honest, and complimentary!  Here are some of the things that were said about the event: 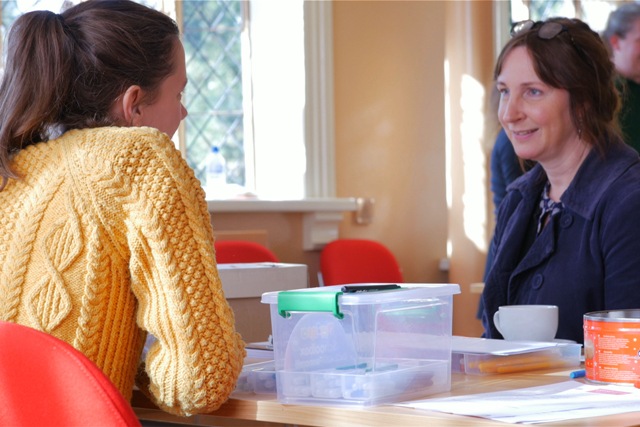 We were very honoured and glad to have several 21st century descendants of the Hodges and Pewtress families with us during the day, and hope that they felt that we had done Alec Hodges and William Pewtress proud.  At the end of the day, we had a short act of remembrance at the war memorial on the Grange, which was a moving way of saying thank you for the sacrifices made by all the young men who went out to fight in the Great War – and an excellent way of rounding the day off.

The Creative Museums project is now drawing to a close, and like the other participants, we are turning our minds to what the legacy of our involvement with the project should be. On January 21st, all twelve of the Museum's Trustees had an excellent meeting with Sarah Golding from Battersea Arts Centre, and Gaby Porter, independent museum consultant. We spent a very fruitful afternoon discussing the internal governance of the Museum, and our goals and plans for the future.

All Good Things Come to An End....

Yesterday, two representatives from Leominster Museum went to the final conference of the Creative Museums project at Battersea Arts Centre in London. We had a great time, did a presentation about what we had done, and met some very interesting new people.

To coincide with the conference, a new Creative Museums website was launched.  On it, there are  several short films about the project and what all the participant museums have learnt and achieved. When you have a spare moment, Here are links to them below:

The first is the title page of the Creative Museums section, the second a short film about the project as a whole, the third a one and a half minute film just about Leominster Museum, and the fourth the written report about the project.

Some Leominster folk may see themselves in the films! We’d like to take this opportunity to thank all the people in the Museum team who have helped & supported our work with Creative Museums. And thank you too to Sarah, Sophie, Joanne, Gaby and all our other new friends. We'll keep in touch!