Workings of the CIO - Membership of the charity

How the Museum started

In 1970 a visionary group of Leominster people recognised a local desire for a museum to bring together a fascinating range of historically significant objects that were in random individual ownership. They got together to create a charitable trust, to raise money by public subscription to buy and convert what for some decades had been a motorcycle repair workshop; the building had originally been built in 1855 as a Mission Hall by Quakers concerned for the well-being and spiritual needs of the town, not least with the advent of the large community of navvies building the local railways.  The building was re-opened as a Museum on 1st April 1972.

The original board recording the names of subscribers 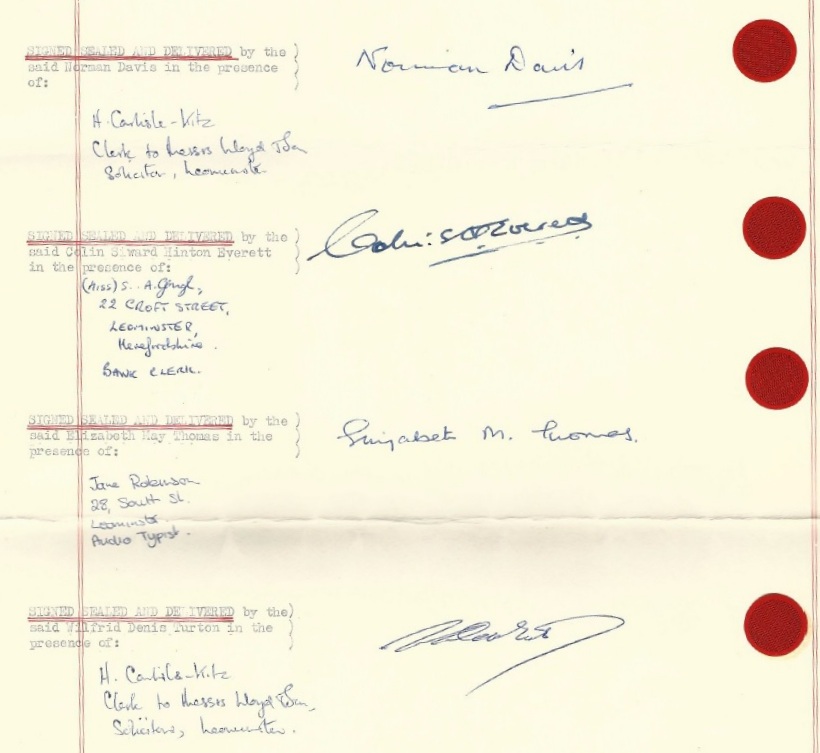 The original Trustees of that charitable trust, whose signatures on the 1970 Trust Deed are shown here, were Norman Davis (a pharmacist), Colin Everett (a bank manager), Elizabeth Thomas (a farmer) and Denis Turton (a solicitor).  (Elizabeth Thomas, the last surviving founder trustee, retired as a  charity trustee at the 2018 AGM. and has been appointed as Patron of the CIO so will retain her close connection.)  The Trust Deed provided for a Management Committee to assist the Trustees, whose members were elected each year by a general meeting of local residents.

For various reasons the decision was taken in 2015 to modernise the legal structure of the charity by converting to become a "charitable incorporated organisation" or CIO.  This relatively new form of charity is, like a company, a separate legal entity in its own right - which has several advantages over a charitable trust - but, unlike a charitable company, a CIO brings with it no obligation to comply with company law on top of the requirements of charity law.   The legal process for converting from one form to the other involved forming the CIO while the original trust was still operating; and then winding up the original trust and transferring all its assets to the CIO.

Leominster Museum CIO was incorporated in July 2015.  Detailed preparations for the CIO to take the Museum over from the original charitable trust were time-consuming, but eventually it was possible to start the first fomal step in the hand-over process by convening a public general meeting of local residents, held on 14th March 2016, to pass a resolution to wind up the trust.  The resolution  was passed without opposition (and as far as could be judged unanimously) by a very well-attended meeting.  This cleared the way for the Trustees to sign a legal “Vesting Declaration” which passed all the charitable trust’s assets over to the CIO, and which took effect on 18th March 2016, with the same charity trustees as were in place immediately before the transition.   On completion of the Vesting Declaration the 1970 charitable trust, which had served the town well, ceased to have any assets and effectively ceased to exist; it was removed from the register of charities on 7th May 2016.

Workings of the new CIO - Membership of the charity

One new feature of the CIO’s Constitution, compared to the 1970 Trust Deed, is that it does not restrict voting rights by reference to where people live.  Rather it allows anyone who is interested in furthering the purposes of the Museum to register as a voting member of the CIO, with the right to vote on the election of charity trustees and other matters. We wanted to encourage as many people as possible to be members, so we set a very low annual membership fee for ordinary voting membership.  At the same time our traditional Friends scheme continues; Friends are automatically voting members of the CIO without needing to pay a separate membership fee, and we hope to organise occasional events of interest to Friends as a mark of appreciation for their support.

Annual membership subscriptions, payable on joining and in January each year afterwards, are as follows.  (These are minimum rates - many have generously continued to give more than the minimum each year, and naturally we are extremely grateful for anything that anyone is able to donate above the basic figure.)

However, recognising that the Museum had to remain closed through the whole of 2020, the charity trustees decided to waive membership subscriptions for the CIO's 2020-21 financial year.

Application forms to become a Friend or an Ordinary Voting Member are available from the Downloads page.

The charity trustees of Leominster Museum CIO, are listed below.

We remain on the lookout for additional charity trustees to help guide the Museum forward; for more information please use the Contact page (select Constitution/Membership as the subject).